Mexico Independence Day is celebrated on September 16th, commemorating the freedom of Mexico from Spanish rule. After being under Spanish control for over 300 years, citizens were motivated to revolt by a Catholic priest named Miguel Hidalgo y Costilla. The priest rang the church bells and delivered an impassioned speech known as the Cry of Dolores (Grito de Dolores) that started the Mexican War of Independence. A decade later, Mexico would win its independence from Spain.

Is Cinco De Mayo the Same as Independence Day?

No! Many Americans mistakenly believe that Cinco de Mayo is Mexico’s Independence Day. Cinco de Mayo celebrates the Mexican army’s victory against the French army at the Battle of Puebla in 1862. The holiday is also more popular in the United States to honor and celebrate Mexican culture and heritage.

How Does Mexico Celebrate Independence Day?

Independence Day kicks off the evening before September 16th. The celebration always begins at the National Palace when the president emerges to recite the famous speech from Miguel Hidalgo y Costilla. This event is broadcasted around Mexico and ends with passionate chants from the crowd saying, “Viva Mexico!” The festivities officially begin after this event, and you can expect other Mexico Independence Day traditions such as:

How to Celebrate Independence Day on Your Own

How does Mexico celebrate Independence Day? In short, it’s a festive gathering that includes parades, fireworks, delicious food, folk dancing, and spending time with loved ones. If you want to celebrate in Mexico, Riviera Maya Haciendas has you covered with our luxury vacation rentals along the magnificent Riviera Maya. And if you are curious about how to celebrate in your state, search for events around September 16th and join a local fiesta nearby! 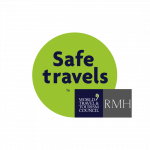